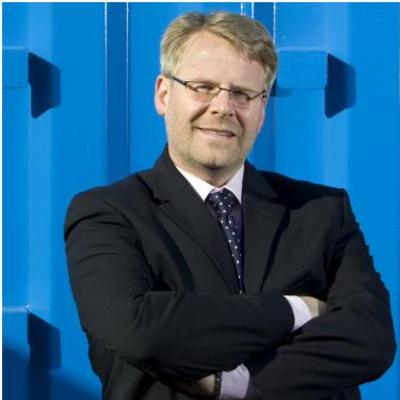 
Craig Russell will oversee all commercial activities within the OCHL group -- which was formed last year to invest in the oil services sector -- and will also play a major role in growing the group\'s overseas\' presence, particularly in the Gulf of Mexico and South East Asia.

Craig has more than 25 years\' experience in the offshore modules, accommodation cabins and containers industry, and joins OCHL from Aberdeen-based, HB Rentals, where he spent the last two years as the firm\'s regional sales and marketing director.

Prior to this, Craig was commercial director at Duffy and McGovern Accommodation Services in Dyce, where he worked alongside the firm\'s directors at the time, Craig McLeish and Stuart Mortimer, who this summer joined Vertec Engineering -- a subsidiary of OCHL -- as chairman and non-executive director respectively.

Craig spent five years at Duffy and McGovern, where he was instrumental in the company’s rise to its position as leading global supplier of temporary offshore living quarters and service cabins to the oil and gas industry, prior to its sale in 2007. During this period of strategic growth the company\'s rental fleet increased threefold and it created a worldwide network that spanned 18 countries.

The 46-year-old says he is looking forward to replicating this success with OCHL.

He said, \"I am really looking forward to being part of OCHL\'s aggressive plans to become the premium supplier of specialist offshore cabins and containers. I believe my experience and knowledge can help to develop the group\'s presence overseas and I feel I can add significant value to OCHL and increase the oil and gas industry\'s main operators\' uptake of its top class range of products and services.\"

OCHL Chief Executive John Heiton added, \"Craig\'s appointment is a fantastic coup for OCHL. He has a wealth of experience in the modules and containers business -- having spent his whole working life operating within the industry -- and his instrumental role in turning Duffy and McGovern from a local firm into a major global player is clear evidence of his successful track record in advancing businesses\' commercial growth.

\"Craig\'s addition to our management team is in line with our ambitions to grow the company into the number one worldwide designer and supplier of well service and control cabins. In the short-term he will head up our ambitious plans to expand the business into the overseas locations that have been identified as areas of potential growth for us.\"

The OCHL group was formed in 2008 by private equity groups: Lansdowne Capital and Claver Capital, as a vehicle to develop a leading worldwide rental business, focused on the needs of topside activities in the oil services sector.

In June 2009, a further two deals were completed to acquire Vertec Engineering Limited (Vertec) and the hire division of LabTech Systems Limited (LabTech) for a combined price of almost £5.5million. The two firms specialize in the design and build, rental and service of service cabins and control rooms for the oil and gas industry.