OEG Offshore Builds On Success In Scandinavia And The Netherlands 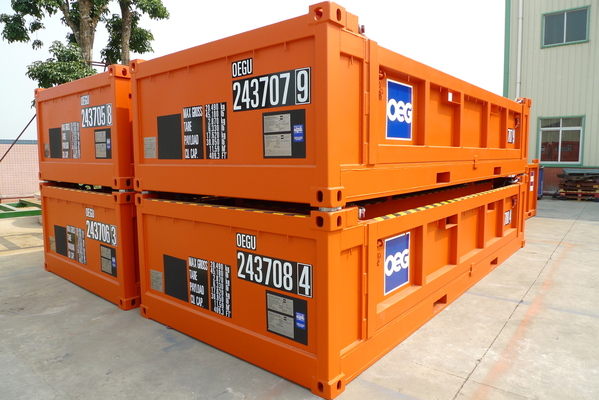 Container and module supplier and manufacturer OEG Offshore (OEG) has reported increased business growth in its European operations for 2011, having secured contracts in Denmark and The Netherlands worth £1.2 million.

OEG has won a four year rental deal with Maersk Denmark to supply over 200 Cargo-Carrying Units (CCUs) for exclusive use in Denmark. The project was secured through OEG’s Danish agent Jutlandia and has two additional one-year options to extend the contract.
OEG has also experienced a successful period at its Den Helder base in the Netherlands, where it has seen business increase by a third in the past twelve months. As a result of this, the company has increased its rental fleet of specialised A60 pressurised cabins by 25% to meet customer demand.
Current customers include MI Swaco, Frank’s International, Expro and Schlumberger, which have contracted £500,000 worth of work with OEG, through its Dutch agent RTH Lubbers.
OEG’s operations director Ross Baird said: “Our operations in Denmark and The Netherlands have been doing extremely well and we have steadily built up a loyal customer base that includes some of the world’s leading oil operators and service companies.
“Securing the contract with Maersk Denmark follows on from the successful completion of a contract with Hess earlier this year, which was instrumental in raising our profile among the oil and gas market in Denmark.
“Working with agents like Jutlandia in Denmark and RTH Lubbers in the Netherlands is a strategic move that OEG has successfully adopted in several international locations in a bid to grow our share of the global market. Having business partners positioned around the world allows us to tap into their local knowledge of potential customers and strengthens our network of support to customers.”
For further information about OEG Offshore, contact 01224 215 500 or visit www.oegoffshore.com
Back to News