OEG Offshore Recognises Staff For Clocking Up 205 Years Of Service 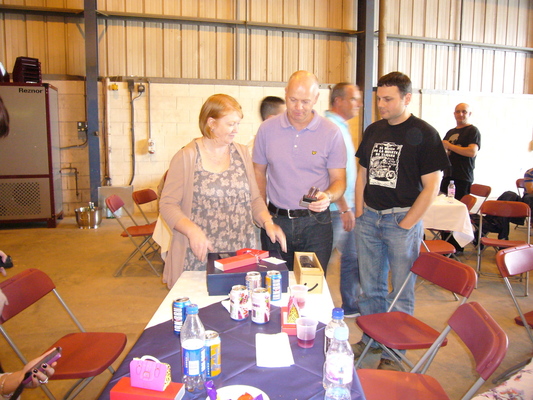 Dedicated employees from offshore container manufacturer and supplier, OEG Offshore, have been recognised for their loyalty and hard work after notching up more than 205 years of combined service.

26 members of staff were presented with their awards at a team BBQ held in recognition of them collectively reaching more than the double century, during service, most recently with OEG Offshore and previously with Vertec Engineering and Containental Offshore – which merged to form the new company in February 2010.
Among those who have been recognised for their long service is operations manager David Hunter, 41, who has 20 years with the firm and materials controller Ian Hall, 44, and senior administrator Gillian Howie, 45, who have each notched up 15 years.
Eight staff who work in OEG’s Kirkton, Cothal and Pitmedden facilities at Dyce have also received awards for ten years’ service, including five employees who work in the firm’s welding and fabrication division. A further 15 staff members have achieved five years of service within OEG’s technical support, operations, office support and accounts divisions.
John Heiton, Chief Executive of OEG, said: “These long service awards are an opportunity for us to recognise staff who have dedicated many years to the company, in its former state as Vertec Engineering and Containental Offshore and since the merger of the two businesses to form OEG Offshore.
“At OEG we try to provide our staff with a positive, challenging environment in which to operate. Working together as a team has played a crucial role in us becoming the successful company that we are today and we are proud to have a large number of staff who continue to want to work for us.”
OEG Offshore specialises in the design, build, rental, servicing and sale of A60 cabins and cargo carrying units for the worldwide offshore oil and gas market.
Back to News